We know that Ile-de-France Region (IDF or Paris Region) dominates in France regarding cultural matters. With regard to opera, the Province defends itself, proud of its 25 opera houses scattered all around the the country outside the Paris region. The Ile-de-France region has six houses or theatre operas:
– Within the very city of Paris (Paris intra-Muros) : l’Opera de Paris, l’Opera Comique, le Theâtre du Châtelet, le Theâtre des champs Elysées .
– in the suburbs : there are the famous Opera Royal de Versailles and the much more popular opera house Opera de Massy.
Note that a French version of this article can be read here : 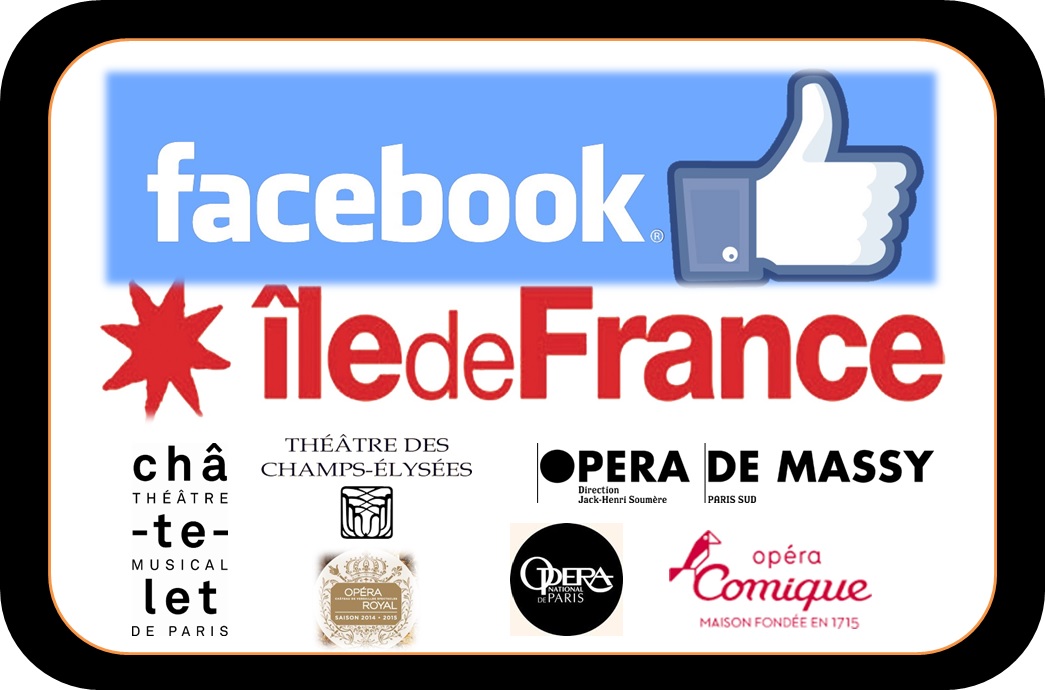 I ve been tracking the evolution in the communities facebook of the operas in France for more than 3 years. For this post, I have tried to measure the share of the operas in Paris Region out of the total of the facebook fans of opera houses in France. You will find interested figures in the small infographic below.

Despite of a continuous increase in the facebook communities of the operas outside Paris Region (I will write soon an article on this topic :), the domination of the Paris Region is outstanding. In two years, the share of the Ile-de-France increased from 55% of the total (in seven 2013) to 62.7% of the total (October 25, 2015). The six operas in the Ile-de-France region account for 2/3 about the total of opera in France facebook fans! Amidst these operas, unsurprisingly Opera de Paris is number one with a facebook community of more than 115000 members! Second, the Théâtre du Châtelet is still ahead of the Théâtre des Champs Elysées. The Opéra Royal de Versailles have made strong progress whereas the popular Opera de Massy has still a larger community than the Opéra Comique!

“operas in Paris Region have the lion share of opera communities in France” by Ramzi SAIDANI is under terms and conditions of the licence Creative Commons Attribution 3.0 France