An Eurobarometer about culture in Europe

One of the last survey (November 2013) about culture in Europe is entitled ‘Cultural access and participation‘. It is full of interesting facts and figures ! You can for example read that only 18 % of European respondents said they have seen a ballet, a dance performance or an opera in the last 12 months.

How many times in the last 12 months have you …?

opera/dance culture in Europe: the winner is …

In Europe, the most frequent opera and ballet/dance goers are the Swedes, second are the Luxembourgers and third ex aequo are the French, the Danes and the Estonians. 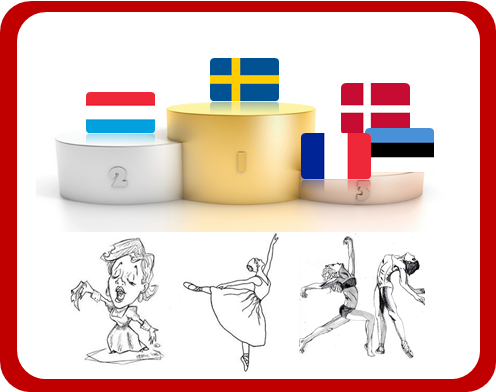 Indeed, Respondents in Sweden, Luxembourg and France, Denmark as well as Estonia were most likely to have attended a ballet, dance performance or opera, with respectively 34%, 29% and 25 % doing so at least once in the last twelve months. Note that dwellers in the Baltic States are relatively likely to have seen dance or opera :  25% in Estonia but also 24% in Latvia & 23% in Lithuania had been to a ballet, dance performance or opera at  least once in the previous year. 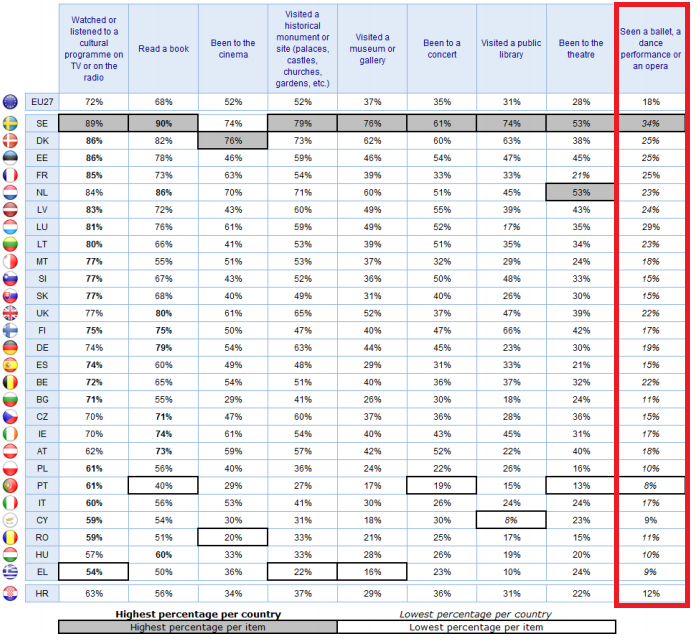 On the opposite, only 8% of citizens in Portugal and 9% in Greece and the island of Cyprus had done so 🙁 ! Culture in Europe differs a lot from a country to another !

“Culture in Europe : where do people attend most opera, ballet and concerts?” by Ramzi SAIDANI is under terms and conditions of the licence Creative Commons Attribution 3.0 France