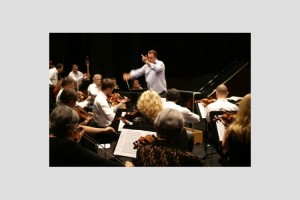 I read a very interesting article last week in the Asharg Al-Awsat (The Middle East in Araic) which is a leading International paper writing both in Arabic and English. It was a interview of Franz Schottky. German conductor Franz Schottky is one of the European classical music scene’s leading conductors. in this interview he talked about ways to develop the audience for the genre in the Arab world. I invite you to have a look on this instructive article. there is a place for classical music in the Middle-East.

The so-called power of social networks in Arab countries 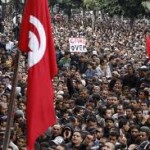 Arab spring is born in Tunisia

When you think about Arab countries and particularly the Middle-East, you think immediately about the revolutions that have been succeeding in Tunisia first and then Egypt, Lybia, Syria or Yemen. In what has been named ‘Arab Spring’, social networks such as Twitter or Facebook are said to have play a leading role to mobilise, inform and organise people.

So I ended up with the idea to make an infographics of main opera houses in the Middle East. As social network have said to boom in many of Arabic countries, I focused on Facebook fans of major opera house in that region. I was very surprised by my survey.

First, I have discovered the existence of several lyric institutions and some interesting facts.
– a brandnew opera house (Royal Opera House – Muscat)  has been built in the capital city of Oman
– there is an opera house in Tehran !
– Qatar has a huge culture dedicated center called Katara cultural village in Doha. Opera house is part of this cultural area.
– construction of a new opera house as planned in both Baghdad and Rabat 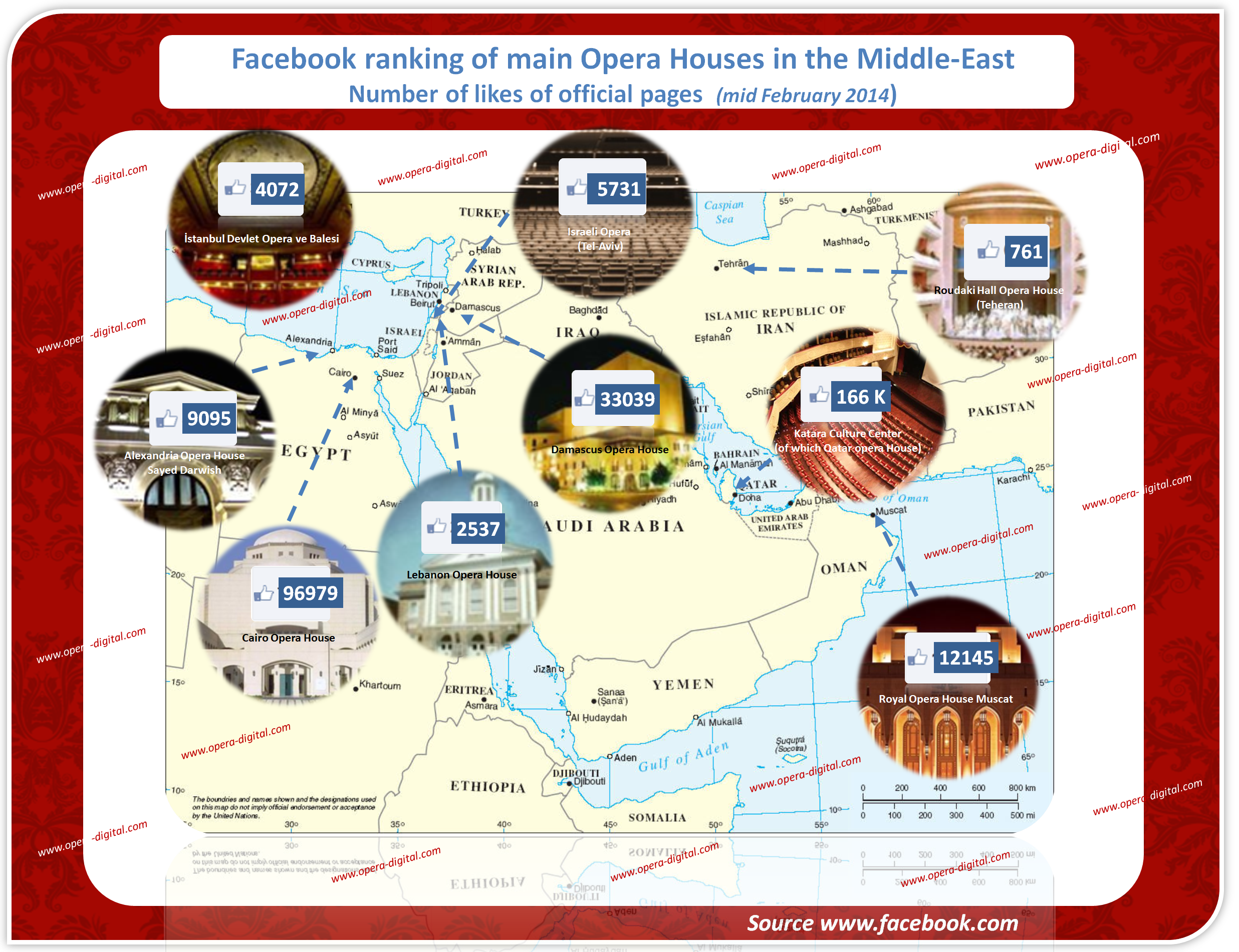 Facebook ranking of opera houses in the Middle East

Second, I was astonished by the number of Facebook fans some opera houses in the Middle-East have. Cairo Opera house has a large facebook community of about 96979 fans (in my last survey of facebook opera houses in the world, It ranked 5th, much ahead the Opera de Paris in France) ! Regarding Qatar and its 166 000 fans, I admit the figure is a little bit biased as it is the Facebook community of Katara (an immense resort) which includes museums, exhibitions centers, malls, movies theatres, opera house, auditorium). If you have a look at Katara Cultural Center (the theatre, the opera and the auditorium) facebook fans total 28 679.

Damascus Opera boosts about 33 000 fans, the brandnew Royal Opera house of Muscat has already more than 12 000 fans !  Facebook community of Alexandria Opera house (the second largest opera house in Egypt aka Sayed Darwish Theatre in memoriam of the great Egyptian singer Sayed Darwish) totals 9095. Tel-aviv opera which counts about 5731 fans ! These results are much better than many a European Lyric Institutions in France (see my article) for instance ! Beirut Opera house in Lebanon can be proud of its 2537 fans (the whole country has ‘only’ 4 million inhabitants). I was surprised by how relatively small is the Istanbul Devlet Opera ve Balesi facebook community  with 4072 fans (indeed with a population of  around 14 million in Istanbul and its suburbs, the city forms one of the largest urban agglomerations in the region. By the way, Turkish National Opera has also theatres in Ankara (Ankara Devlet Opera ve Balesi has 1600 fans) and Izmir for instance ! It seems low as I have just discovered there is another opera house in Istanbul (Süreyya Opera House) which is also a venue for stanbul Devlet Opera ve Balesi.

To conclude, good to see than Facebook communities of opera houses have become larger in the Middle East, again social networks are in the front row :). Let’s hope this good figures on Facebook are also observed in the very opera houses with growing loyal audiences !

“Opera houses in the Middle East : Facebook again in the front row” by Ramzi SAIDANI is under terms and conditions of the licence Creative Commons Attribution 3.0 France (modified on 15 February 2014)