I have been twitting a lot these times (feel free to follow me on twitter by the way @opera_digital). Recently I read and of course I twitted about a Roland Berger’s survey. This survey outlined that at least 1/3 of internet users follow an artist on the now numerous available social networks !

As an opera lover,  I have been following my favorite artists but I also follow the very music institutions whether they get only a regional footprint or a worldwide clout !
It’s the magics of social media to let us follow all these institutions performing lyrical or classical music !
Still, amidst all the opera houses in the world I have been following, some major footprint opera houses are conspicious by their absence on the blue-birded social network !! Famous Opera Houses in the world such as Wiener Staatsoper still have no twitter official account !
Noticing that, I made this little ranking of opera houses in the world on Twitter based on the numbers of followers they respectively have ! 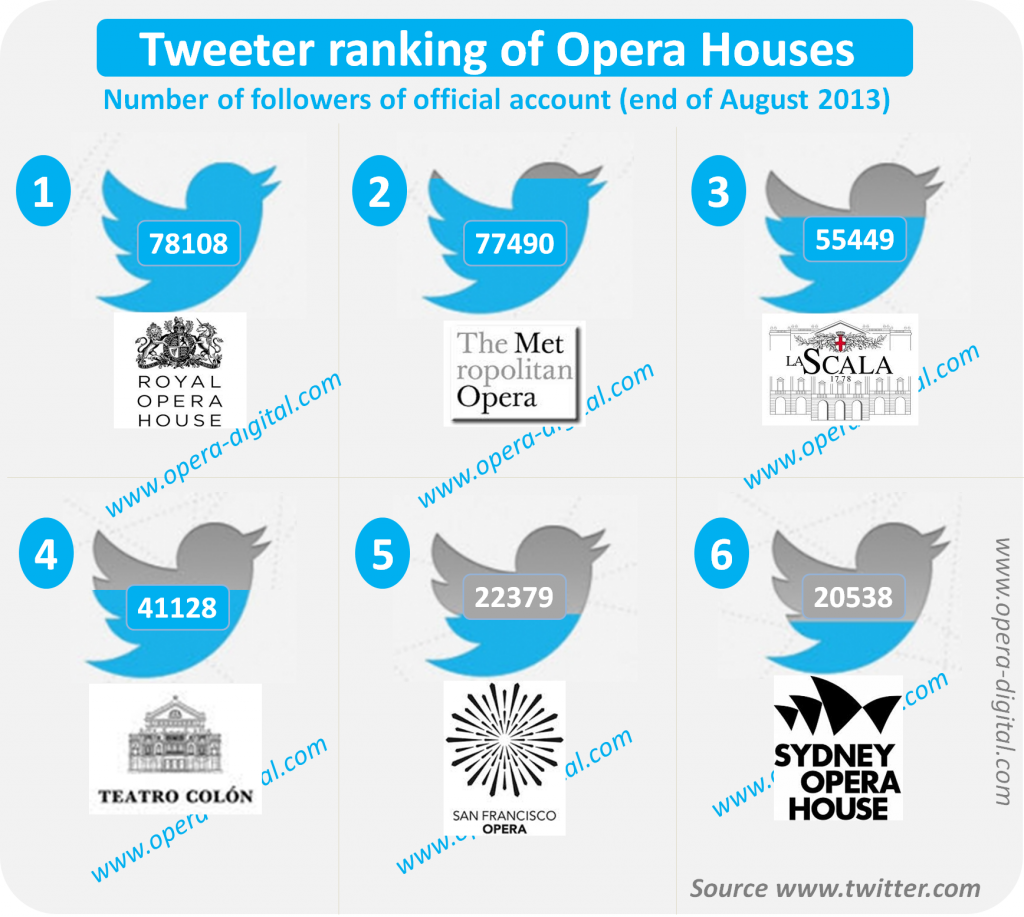 Top ranking of opera houses of the World on Twitter

Not surprisingly Opera Houses of english-speaking countries forge ahead regarding social networks. 4 operas houses ranks amidst the 6 most followed opera institutions on Twitter! Number One is London-located Royal Opera House aka Covent. Second New York’s opera House The Metropolitan Opera (‘The Met’).  La Scala  in Milano which ranks 3rd and Buenos Aires’ Teatro Colon attenuate this Anglo-saxon World domination :). San Francisco Opera which is the second largest opera House in the United States of America and  the worlwide recognized Sydney Opera rank also well respectively # 5 and # 6 !

Hope you’ll like this little blue podium :)and you will be retwitting it 🙂 ! A bientôt !