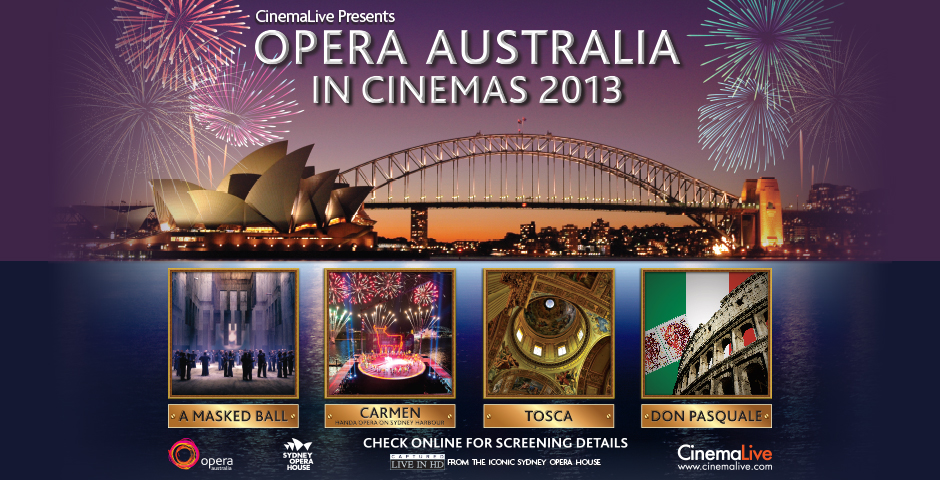 opera in cinema in Australia

Digitalisation has been nurturing globalization of cultural goods : music institutions are not apart from this mainstream move. Digital and social networks have begun to impact classical music experience and more and more  live musics. Now we go to see live opera in Cinema. Institutions will have to  both to adapt and adopt !

opera in cinema : “Live local watch global” could be the new anthem

Digitalisation has been fostering globalization and inevitably the World of classical music cannot be isolated from that. With digitalization the very cultural sector has become more and more competitive even regarding live experiences. Now with major technological progress we have been experiencing for a decade, we can balance Metropolitan opera was the first Opera House to broadcast live opera in cinema between going to see local productions in our near theatres or experiencing live top-of-the-notch cultural performance of the most famous institutions in movies Theatres or on TV channels or webTV. Opera houses have been the first to enter the dance. Making inroads in 2006, the Metropolitan opera has been followed by Opera National de Paris or the Royal Opera House in last years. Others are coming.  A few year ago, in 2008, Berliner Philharmoniker launched its own web-TV and its marketed offer of live movies broadcast. 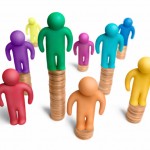 The Metropolitan opera HD broadcasts are now available in India, China, Russia, Morocco, Madagascar, Egypt and Guatemala. It is not by accident if all these emerging countries have been chosen for Met’s opera in cinema. Large populations of expatriates don’t totally explain this choice. A large part of population of former developing countries has also gained power purchase and somehow fuel this global demand for lives. This formidable middle-class develops a blatant taste for occidental culture (Fine Arts, Music and Dance) and ‘Art de vivre’. As for music, like in our occidental society, demand for musical arts benefit mainly to popular forms (rock, soul, raps) but also to more sophisticated forms such as opera or orchestral music. Famous Asian classical musicians such as the pianist Lang Lang, the South Korean Soprano Sumi Jo, the Chinese violinist Jue Yaoor the Korean tenor Yonghoon Lee are fantastic ambassadors for western classical music in their native countries. They also drive a world demand for exceptional and best arts experience. However the cake is not infinite. They are almost 10 opera houses or philharmonic orchestra trying to flirt with overseas or at least more nationwide audience for their live performances. Now even Bristish museums propose movies of their exhibitions in cinema theatres. Fine Arts, Music and Dance related entertainment market has become fiercer and fiercer, putting a stress on market players.  However it is not the sole constraint cultural institutions has to face.

Caught between the hammer and the anvil

Opera houses or classic concert hall may still appear as elitist. In times of economic doldrums, with the so-called generation Z, said to drop more sophisticated musical forms such as opera, struggling for a job, it becomes less and less politically sustainable to subsidize too much these forms of live arts. Many a cultural institution is therefore also under pressure for not relying less and less on Government or local administrations subsidies. Budget crack-downs are severe in many countries. Opera productions in Italy or in Spain have been suffering from severe budget cuts. In France, Opera de Montpellier for instance has lost its funding from region government. 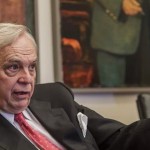 Alexander Pereira is known for his fundraising skills

Festivals, museums, concert and opera houses have more and more to rely on private donators and sponsors. The recent nomination of Austrian Alexander Pereira as the new Superintendant of La Scala is a blatant proof of that stream. It has become clear that many a  decision maker in La Scala would have preferred a native Italian. However Alexander Pereira has been chosen because of his experience as general manager but above all because of his fund-raising skills.

Some cultural institutions have powerful assets to sustain competition

To compete, some cultural institutions are also famous brands from with value can be generated and developed.  Guggenheim name is now used for 4 museums in the World (New York, Bilbao  since 1997, Venice & Abu Dhabi).  Regarding museums, we have with the French Louvre (Cocorico 🙂 ) a powerful example of what can be the value of a cultural institution as Le Louvre has “licenced” its name to Abu Dhabi. The Arabic country has paid a US $ 525 million to be allowed to associate its name with the Louvre name, and an additional $747 million were paid in exchange for art loans, special exhibitions as well as management consulting.

Amidst cultural institutions, musical ones are quite well geared and can leverage some of their assets to attract a larger and renewed audience. Often the more difficult is to pass the wall that can be intimidating for a no initiated audience. In my last survey of the use social by musical institutions (April 2013), the Berliner Philharmoniker showed more than 370 000 fans. Sydney opera house ranks second with 300 000 fans (mainly due to the building itself) showing that cultural institutions have very valuable asset to rely on to attract and monetize audience! Some cultural institutions do have a very high brand value and valuable assets to leverage to differentiate and holds their position and audience. The Wiener Philarmoniker e.g. is incredibly famous for its New Year concert broadcast in more than 70 countries reaches a 50 million audience on TV channels. Still in Vienna, the famous Stehplätze (standing area) of the Wiener-Staatsoper are worldwide known. It is indicated in all the touristic guides.

What’s for all much less known musical Institutions ?

With the growing possibility for their natural audience to enjoy locally lives from major opera houses or orchestras, music institutions will have to be more innovative and to leverage their assets. Ok but what will happen if you are a small opera house or a relatively unknown orchestra or ballet company ? Will all the smaller institutions stay passive and defenseless in front of the new digital-enabled competitors poaching their audience in their former traditional catchment area ? 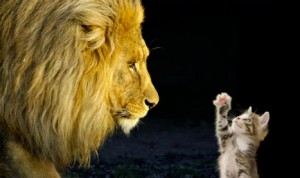 For the other opera houses, smaller orchestras, it is not irrevocably dire straits! There are opportunities to seize but they will have to be innovative, perhaps more inspiring and rooted in their local area.  Like David versus Goliath, they will have to fight with their strength! 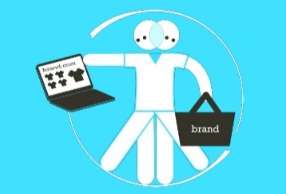 Web2Store tactics may help opera houses to hold their audience

The big stake for smaller institutions is to continue to making people attend to ‘physical lives’ detering them from the opera in cinema trend. To succeed, they will have to propose to the audience something they cannot find in front of their live screen, whether it is a screen in a HD movies theatre or a TV or tablet screen. They may inspire from web2store and store2web tactics used by ‘brick and mortar’ retailers. It could contribute to renew and create a new experience in Opera houses and concert halls. For that digital can help as it can help also to reach people at lower cost. Building, upselling and mobilizing fan bases using social networks will of central importance! Crowdsourcing concept (see Eric Whiteacre’s initiative of virtual choir for instance) and Crowdfunding trend (see for instance how an opera was premiered in Todmorden a small British Town) have to be explored, developed, adapted to a live cultural experience and their local area.

Another card to play is to attract the young population belonging to the Gen Z and tomorrow to the Alpha generation (also called Google boys). For that, opera houses, concert halls, orchestras will be using their code, their way to communicate (attraction for visual expressions and images, digital pervasion, use of social networks and soft irreverence). They should also rely on values Gen Z is proud of : sharing-oriented values and social responsibility as well as ecology awareness. They could succeed in bringing to the origin physical theatre all this digital and always connected young.

“Tonight, we are going to the Met (for our live opera in cinema), after a delicious dinner near Montmartre” by Ramzi SAIDANI in under terms and conditions of the licence Creative Commons Attribution 3.0 France.