With all this buzz about the Royal Baby, I had this metaphysical thought: sure people all around the World would not have the same enthusiasm for the birth of the child a French ‘’Président de la Republique’’. Regarding the Tour de France, Great-Britain has still outdone France:  an English rider (congratulations Chris Froome !) won the 100th edition of the Tour. The best French (welldone Romain BARDET) ranked # 15. French fair play is a legend: fortunately a French guy (Welldone Christophe RIBLON!) won the prestigious Alpes du Huez race !

So, our “Tour”, an another topic  in which our favorite enemy hits the jackpot… What could be the other fields to compare us with our beloved “Perfidious Albion” ? As I am an opera nuts, I had this idea to make a battle between the most important opera house  in France (Opera de Paris) and the largest lyric Institution in United Kingdom (The Royal Opera House) ! 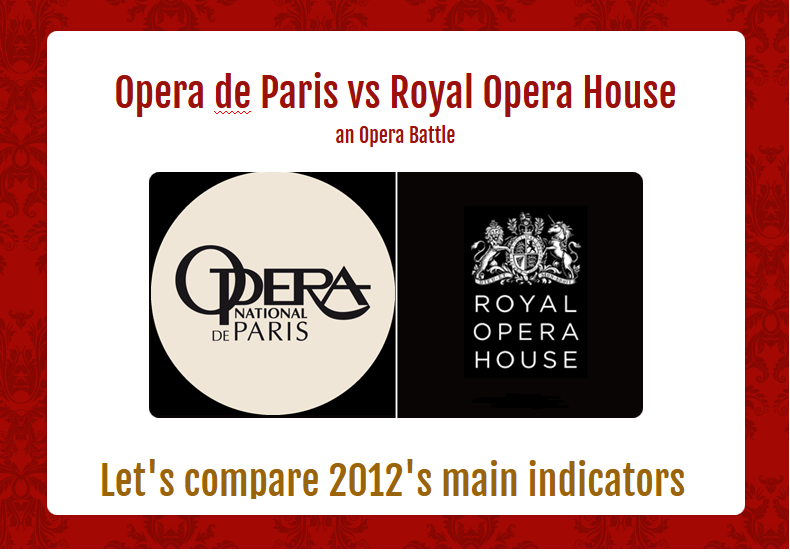 Initially I made this as a game but in fact I realized it could bring a lot to opera lovers to have some kind of a benchmark. Before reading, please note it was not easy to achieve this synthetic review. To be intellectually honest, I point out this caveat: data gathered for the Royal Opera House deal with 2011-2012’s season of the Royal Opera House’s  (i.e. 4 months in 2011 and 7 months in 2012) while data I found for Opera de Paris relate to the calendar year 2012 (that means that it takes into account 7 months of the 2011-2012’s season and 4 months of 2012-2013’s season). In both institutions, there was a summer break in August 2012).

This methodological precision made, I hope this operatic battle between Royal Opera House and Opera de Paris will please you. 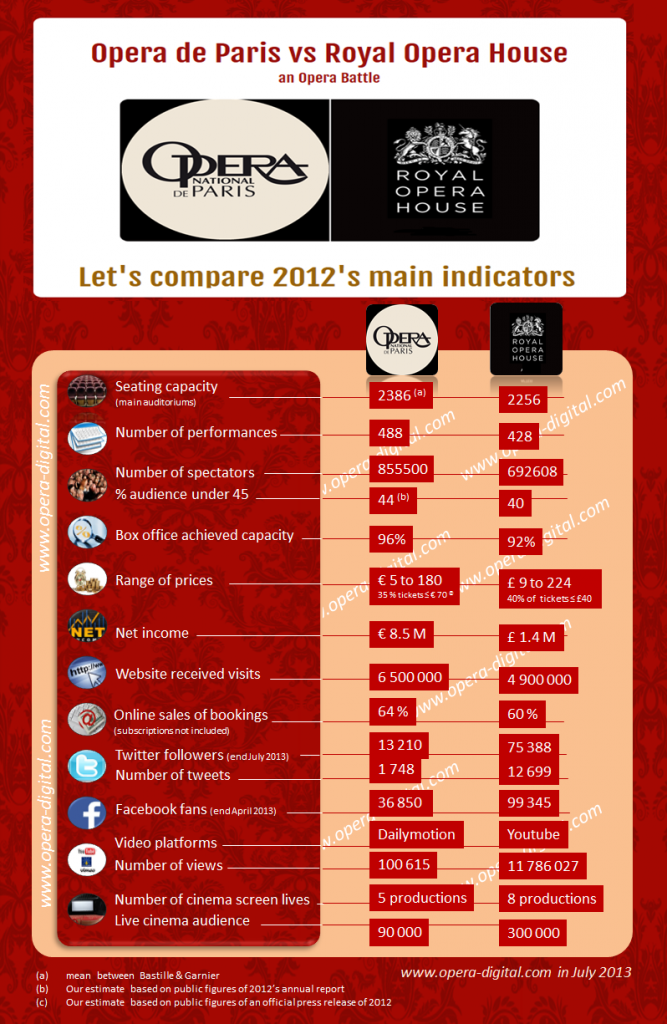 “Opera de Paris versus Royal Opera House : a battle of opera indicators ” by Ramzi SAIDANI in under terms and conditions of the licence Creative Commons Attribution 3.0 France